The RE-Rebranding of smartx (Keepin’ You On Your Toes 🙃)

Did we say we rebranded to smartX? We meant smartx. But don’t worry, it’s pronounced the same! Remember how we said we wouldn’t bore you with the details when we announced the rebranding of smartx? Well, it turns out those details aren’t so boring after all.

Deep in the smartclip Situation Room, we had marketing leaders battle it out for the best possible way to spell our platform’s name. Yes, you read that correctly, there was a battle. Gasps were made, styrofoam coffee cups were thrown, and passive aggressive sticky notes reminding you that “your mother doesn’t work here” were left in the employee kitchen (joking, obviously we are all working from home).

We had those in favor of the original “SmartX” in one corner, the approachable and casual “smartx” backers in the other corner, when suddenly, out of nowhere “smartX” supporters came charging into the virtual battlefield. (Luckily, “sMaRtX” was sidelined with no backers 😅).

The “smartX” supporters caught everyone off guard and took home the win. And just when we thought the battle was over and clicked “send” for our product release email, a new voice of reason (rhymes with nupper fanagment) swooped in at the last minute, explaining that an all lowercase name would create more unity between the name and the new logo. So, they reasoned, and we listened. Now, to match the new logo visually, we are re-rebranding how we write the platform name to an all lowercase smartx. We’re sorry for any inconvenience or confusion this may have caused. We promise this is the final decision (after all, there aren’t too many ways left to spell it).

Yours in smartx updates, and virtual styrofoam-cup-throwing battles, 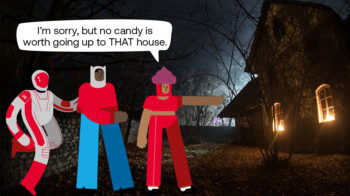