Stop by the smartx saloon, where the updates are served night and day. From changing privacy policies to the never-ending competition against big tech, working in adtech can sometimes feel as daunting as chasing down a stubborn herd of cows.

We have a bone to pick with John Wayne and Gary Cooper, because this cowboy stuff isn’t as easy as they made it seem in the movies. Whether you’ve been wrangling cattle, righting the wrongs of the Wild West, or battling ad servers all day, we think we can all agree that we deserve to kick up our boots. So, stop by the smartx saloon, where the updates are served night and day.

Look out — Adbreak ID is the new sheriff in town

A new Adbreak ID dimension is now available in the smartx Reporting UI. The reporting dimension makes it possible for users to identify commercial breaks in linear TV programming and track ad performance during specific time frames. With this information, users can generate a report on how many impressions were gained or how much revenue was generated during a specific ad break. The Adbreak ID can be combined with other Reporting metrics.

We have started aggregating data for the Adbreak ID since 20 September, and it has already been activated for the smartclip Reporting and ATV/Bus-Dev user groups. The dimension also has been added to the following Dashboards: ATV General, Extended, Inventory Utilization, ATV General Inventory Utilization, AdOps ATV – Standard, and AdOps ATV – ATV Spot.

If you do not belong to one of these user groups, but would still like to have access to the Adbreak ID dimension, please contact Support.

Riding off into the sunset with creative previews

Yours in product updates and line dancing the night away,
smartclip Product Marketing Team

Elana is the Product Marketing Manager at smartclip Europe and is responsible for platform/product communication and marketing. She enjoys turning complex technical topics into relatable and engaging content. 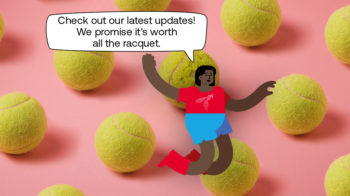